Melbourne based Werner Film Productions (WFP) is an award-winning film and television Production Company specialising in the creative development and production of high-quality live action drama.

Thrice Emmy Nominated, AFI/ACCTA and Logie Award winning television producer Joanna Werner established WFP in 2008, enabling her to put her individual stamp on the content she was planning to create, after many years producing highly successful live action children’s and teen drama series for others.

Internationally recognised for the three hugely successful seasons of Dance Academy and its follow up Feature Film, Dance Academy The Movie, the company has continued to flourish producing the AACTA award winning Telemovie Riot, six part adult drama Secret City and tween drama Ready For This.

In 2021 the company produced the six part mini-series The Newsreader for the ABC & eOne. The Newsreader has garnered critical acclaim at home in Australia and Internationally. The series was nominated for 16 AACTA categories, taking home 5 AACTA awards including Best Drama Series in the 2021 AACTA Awards. eOne, the distributor for The Newsreader recently announced sales in 80 territories internationally.

Werner Film Productions has recently completed post-production on 10 episode tween series Surviving Summer for ZDFE and Netflix, premiering on Netflix in mid-2022. The company is currently in production on Tween horror comedy Crazy Fun Park for ABC Me and ACTF which is scheduled to air on ABC Me in 2023.

Werner Film Productions has an active development slate across multiple genres and continues to expand its production partnerships locally and globally. 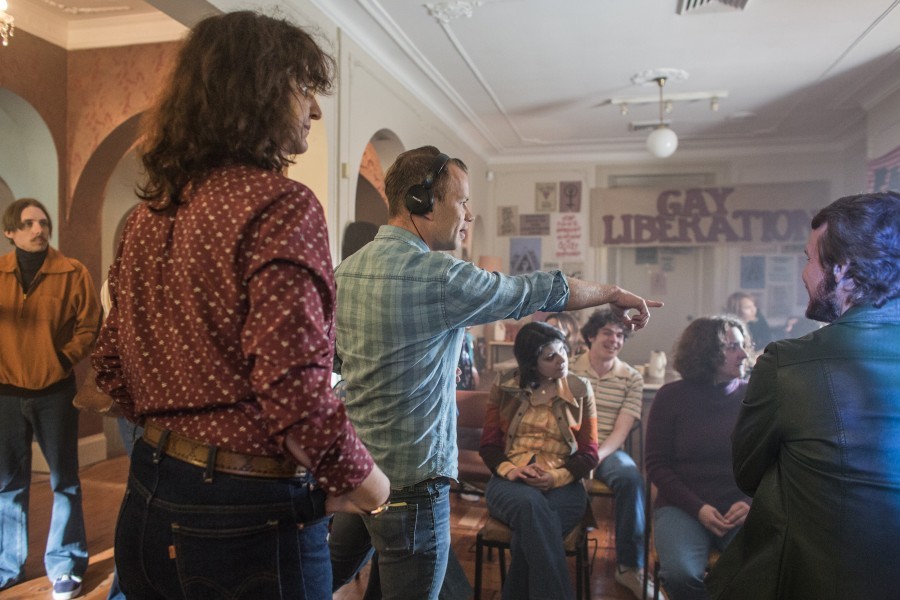 When you make good work, awards are a nice side effect. Here are a few we’re especially proud of.

The Newsreader
Winner, Drama Series Production of the year

The Newsreader
Winner, Best Direction in Drama or Comedy

The Newsreader
Winner, Best Lead Actress in a Drama

The Newsreader
Winner, Best Supporting Actor in a Drama

Ready For This
Nomination, Children and Young People, 2017

Ready For This
Winner, Most Outstanding Children’s Television Series, 2016

Our team is small but mighty. Collectively, we have decades of experience and passion.

Joanna Werner is a creative Producer and Executive Producer, and is Director of Werner Film Productions. Joanna’s work has been defined by consistent acclaim, with multiple AACTA awards, Logies and three Emmy nominations. Joanna has amassed production credits on an array of internationally acclaimed work – most recently on The Newsreader for the ABC, the Netflix Original Clickbait, Riot for the ABC, Secret City for Foxtel, as well as the two-time Emmy-nominated Dance Academy. Joanna is currently in production on ABC Me's Crazy Fun Park and upcoming releases include Surviving Summer, a teen surf series for Netflix. Joanna serves on the Board of Screen Australia and is Chair of Screen Australia’s Gender Matters Task Force.

Jenni comes to Werner Film Productions with over 35 years of industry experience. As the ex CEO of Film Victoria and most recently the Managing Director at Princess Pictures, Jenni has a deep and practical knowledge of the Australian screen industry. In addition to this, Jenni has worked as an Independent Producer, Line Producer and Consultant to a who’s who of Australian and International production companies. Most recent credits include Production Supervisor on 'Surviving Summer' (2022) and Producer of 'How to Stay Married' (2020).

Stuart is a television executive with extensive experience in content creation, executive producing, commissioning, channel management, programming and financing. Whilst at December Media Stuart oversaw all production with highlights including producing the acclaimed co-production, The Cry, (with Synchronicity Films) and executive producing The Blake Mysteries for 3 seasons. Previously, Stuart was the Head of Content and Creative Development at the Australian Broadcasting Corporation (ABC). Prior to this role, Stuart was the inaugural Controller of ABC2, the network’s younger skewing digital channel. As well as overseeing the entire slate, since joining Werner, Stuart has executive produced The Newsreader for the ABC, Surviving Summer for Netflix and Crazy Fun Park for ABCMe.

Former Fiction Development Manager at Film Victoria, Cléa has worked in Australia and the U.S. as a development executive, writer and producer across film, TV, webseries, games, VR and audio drama. Her first produced feature, 'A Family' (2019, dir: Jayden Stevens) played at festivals worldwide, including MIFF 2019 where it won the inaugural Damian Hill Independent Film Award and Slamdance 2021 where it won Honorable Mention in the Grand Jury Prize for Feature Films. ‘A Family’ was released in Australian cinemas in July 2021. Cléa’s current producing slate includes Alex Duncan’s audio drama 'Hovering', Justin Olstein’s Monte Miller award-winning feature debut 'Shoshanna' which was been shortlisted for the Sundance and Torino Film Labs and her own multimedia storytelling experience, 'TheDIVISION', supported by Creative Victoria. As a story developer, her recent work includes Screen Australia supported webseries 'Amazing Grace' Series Two (2021), 'DisRupted: The Legend of Burnout Barry' (2019) for ABCMe, and limited drama series ‘Posesif’ for iFlix Asia along with 8-part drama ‘Common Ground’ supported in 2021 by ABC/Film Victoria.

A graduate of The University of Adelaide, Sarah has extensive experience across production and development in TV, Film & Online content in both Australia and the U.S. Her credits include 13 Reasons Why, Transformers: Bumblebee, Always be my Maybe, Wine Country along with local shows Clickbait and Aunty Donna 1999. Sarah has worked as a stage manager as well as in art, locations and production departments. In addition to her scripted work, Sarah has produced over 20 TVC's and delivered viral marketing campaigns for the Asia pacific region. Sarah joined the Werner team in late 2020, working across projects such as The Newsreader (ABC), Surviving Summer (Netflix) and Crazy Fun Park (ABCMe). In her current role, Sarah coordinates the entire WFP slate, helping to guide projects from development through to production and post production delivery.

Hannah Ngo is an early career producer originally hailing from the West Coast. She draws on her heritage to help drive stories that engage in an unexpected and uplifting way which can be seen in her catalogue of award-winning short films. Hannah’s more recent credits include the SBS series Iggy and Ace which premiered at the prestigious Seriesmania and is currently in competition at the C21 International Drama awards. As a producer, she wants to help make creative decisions that bring original and significant projects into being and in 2021, Hannah was named one of Screen Producer Australia’s Ones to Watch and one of the 20 Australian creatives for International Women’s Day by Screen Australia.

Gabs is Executive Assistant to Joanna Werner. Gabs comes from an animation background where she specialises in experimental 3D animation and visual effects.